The Mark Kendall Bingham Memorial Tournament, or Bingham Cup as it is more widely known, is the biennial world championships of gay and inclusive rugby.

The tournament was first held in 2002 in memory of 9/11 gay rugby hero Mark Bingham, one of the passengers who fought back against hijackers on board United flight 93. While Mark and all on the flight tragically lost their lives when the plane crashed near Shanksville, Pennsylvania, it is widely recognised that through the actions of those brave individuals on board, the plane did not continue on to its intended target.

As a gay man and regular rugby player, Mark played for San Francisco Fog as well as helping to set up Gotham Knights in New York City. The Bingham Cup is held in honour of Mark’s memory and challenges stereotypes and perceptions of the LGBT+ community. Mark’s legacy sees rugby players, supporters and staff from around the world coming together every two years in a celebration of equality, inclusivity and sportsmanship.

From its modest debut in 2002, the 2018 edition of the Bingham Cup in Amsterdam gathered 74 teams from 20 countries. The Bingham Cup has become the largest amateur rugby union tournaments in the world.

Administered by International Gay Rugby (IGR), the Bingham Cup hosting duties are awarded through a bidding process among the members of IGR. Nine cities have hosted the Bingham Cup since inception:

The 2020 edition of the Bingham Cup, originally scheduled to take place in August 2020 was postponed due to the COVID-19 global pandemic.  Bingham Cup 2022 will be celebrating the 10th edition and is expected to be one of the largest 15-a-side rugby tournaments in the world! 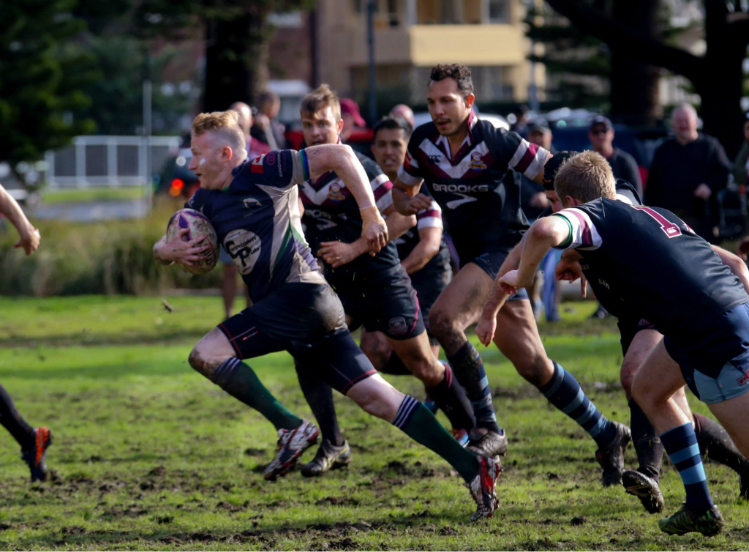 International Gay Rugby (IGR) was formed in 2000 when rugby teams from across the world came together because they wanted to form an organization that promoted rugby as an all-inclusive non-discriminatory sport which everyone can play, regardless of sexuality. Formally known as the International Gay Rugby Association and Board (IGRAB), the formation of the IGR lead to the start of the Bingham Cup in 2002, which was originally known as the Mark Kendall Bingham Memorial Tournament.

The goal of the IGR is to promote equality and diversity in rugby. Specifically, it strives to eliminate discrimination on the grounds of sexual orientation and to provide opportunities for members of the LGBTQ+ community to compete in rugby. The IGR wants to improve tolerance and acceptance of LGBTQ+ athletes at all levels of the sport of rugby and ensuring that no individual shall be excluded from participating in rugby on the basis of sexual orientation or identification. Since 2002, the IGR has experienced incredible growth. As of November 2019, IGR is made up of 6,600+ members, 4,900+ players, 83 clubs, 148 teams spread over 20 countries. 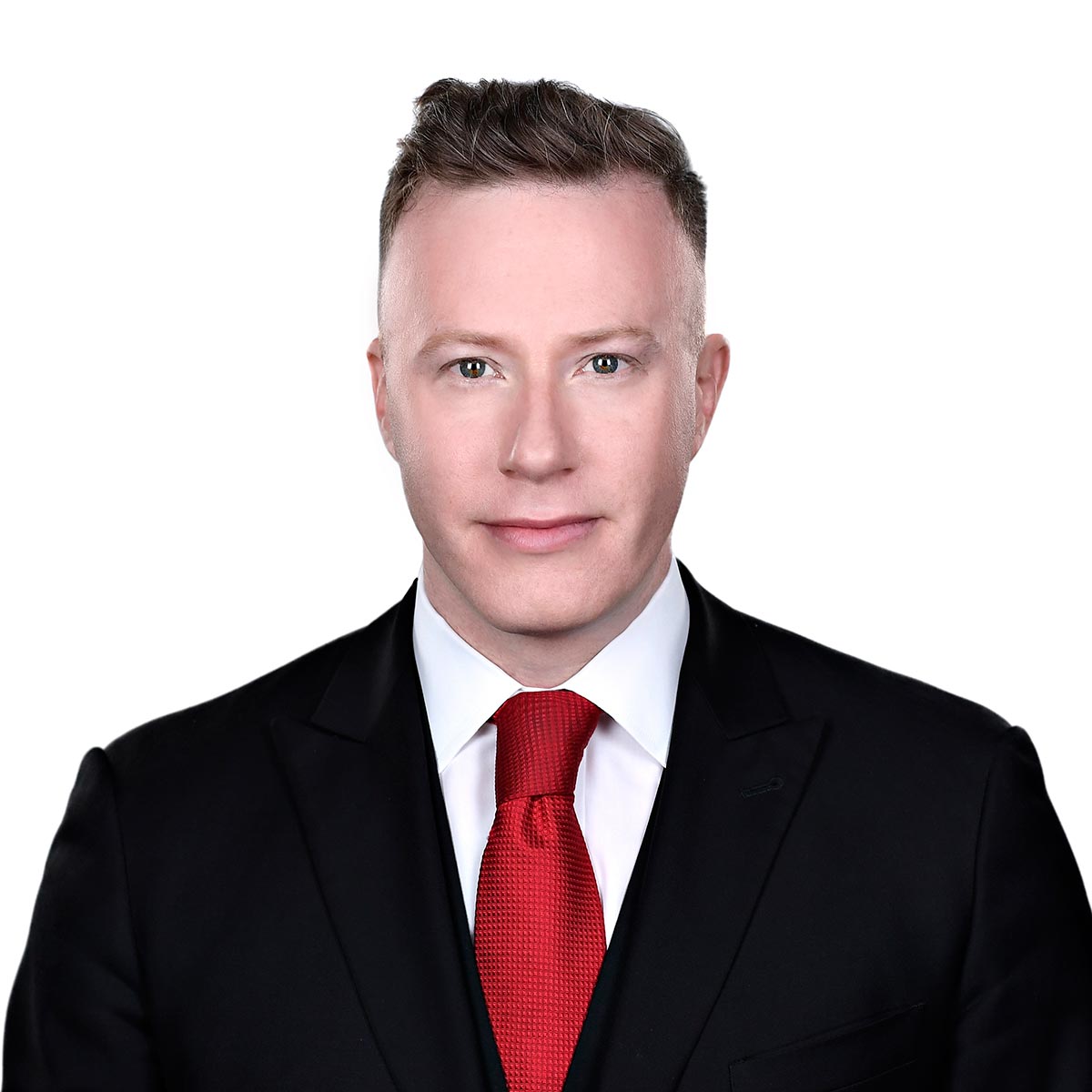 From being a professional lifeguard to a CSIA Levell II ski instructor, to competing in all manner of sports, Jean-François does not recall a day when sports were not part of his life. He joined the Ottawa Wolves seven years ago and participated in four Bingham Cups, including Nashville as Captain of the team. Jean-François is fully bilingual. Professionally, he has worked on Parliament Hill, been a Lecturer at the Faculty of French Common Law of Ottawa University and until recently was a Partner and Head of the Litigation Group at Low Murchison Radnoff LLP, one of Ottawa’s oldest law firms. Jean-François currently splits his time between Toronto and Ottawa as Practice Lead & Discipline Counsel for the Law Society of Ontario. 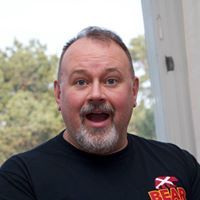 Carl Pilon is a foreign service officer with the Canadian Department of Foreign Affairs, Trade and Development. It was only a few days after he arrived on posting in San Francisco in 2005 that he joined the Fog, with whom he played for two years. Upon his return to Ottawa he and his husband founded the Wolves, who played their first season in the Eastern Ontario Rugby Union in 2009, and their first Bingham Cup in Minneapolis in 2010. After being assigned to Stockholm, he joined the newly formed Berserkers, with whom he played until 2014. Upon returning to Ottawa in 2015 he reintegrated his Wolves family. His greatest achievements in rugby, apart from helping two IGR clubs get off the ground, is scoring winning tries (as a prop) in two different Bingham Cups for two different teams, in Minneapolis for the Wolves and Manchester for the Berserkers. 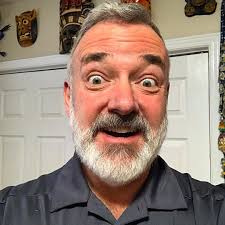 Dave Rose first started playing rugby with the original players that formed the Ottawa Wolves RFC. He then served on the Board as Vice President, President and most notably was coach of the men’s side for 3 seasons. Dave currently sits on the Board of the Eastern Ontario Rugby Union as the Vice President Finance and Administration and has been in that position for the last 7 years. He also served for 2 years on the Audit Committee of Rugby Ontario. 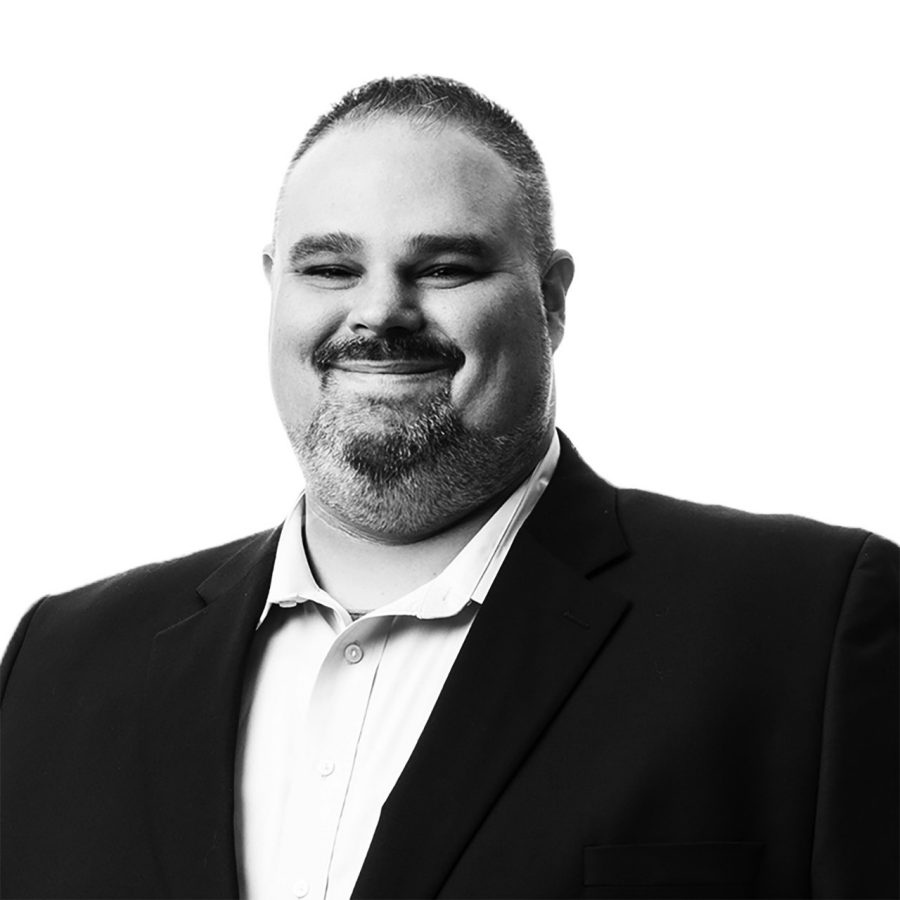 Craig has been involved in the rugby community since 2007. Joining the Chicago Dragons, Craig’s leadership of the team included two years as Fundraising Chair and two years as President. He helped guide the club through reorganization and growth leading to today’s robust club. Craig’s passion for rugby and commitment to the LGBTQ2A Community provided the drive to support organizations like Calgary Pride. For two years, Craig led the efforts to engage elected officials and government bodies as Director of Government Affairs for the organization. His role on the board also included the co-direction of the parade itself, organizing over 150 entries, 4,500 participants of an event that attracted over60,000 people on the day itself. This included coordination with local events management and city staff to ensure the safety and organization of the parade was executed without issues. Craig brings this broad experience to the Ottawa Wolves Bingham Board and is excited to host our IGR family in 2022. 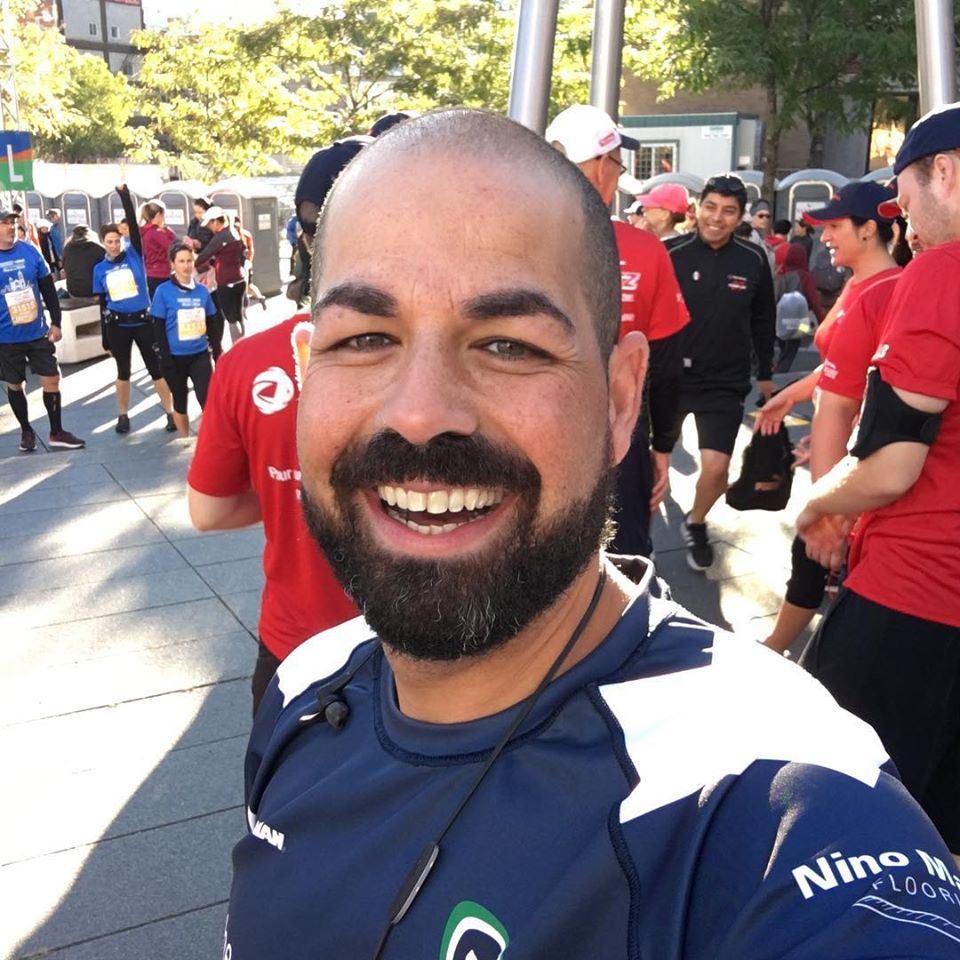 Charbel has been involved in Rugby since joining the Ottawa Wolves in 2009. He served as Events coordinator on the Ottawa Wolves Board of Director and Treasurer for many years. Prior to working as an Executive Assistant to a Senior Canadian Government official, Charbel was the events coordinator for the Canadian AIDS Society from 1998 until 2003. During that time, he planned and organised various International Symposiums and managed the AIDS Walk Canada across the country. He was also a member of the organising committee of Capital Pride from1999 to 2001. 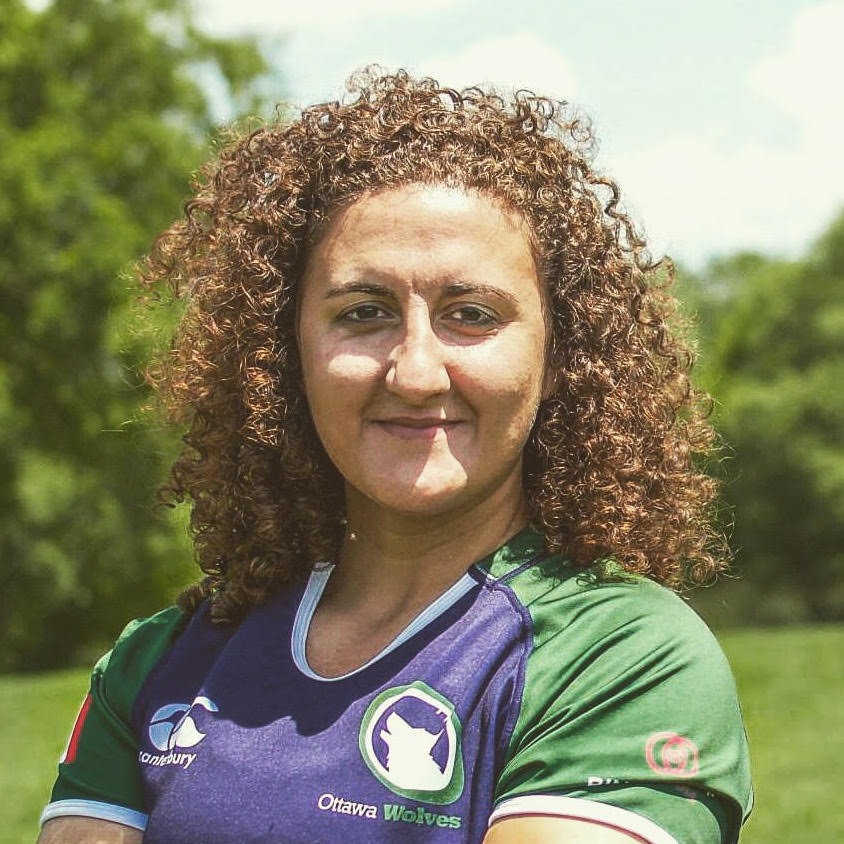 Nadine has been an active player with the Ottawa Wolves Rugby Football Club since2014, and has served on the Wolves’ Board of Directors for the past 4 years, including in her current role of President. Since emigrating from Lebanon as a child, Nadine has found a true home in Ottawa’s thriving sports community as a competitive athlete and taking on leadership roles in rugby, volleyball, basketball, fencing, and, most recently, Olympic lifting and powerlifting. Nadine also has over a decade of experience as a high-performance volleyball coach for teenage girls. She has sought to harness her leadership and experience in athletics, women’s empowerment, and her sense of community and diversity as a way to not only focus on strengthening and driving the expansion of the Ottawa Wolves’ men’s and women’s side but also strengthen its relationship within the LGBTQ2+ community. Off the pitch, you will probably find Nadine nursing a scotch and her most recent rugby injury. 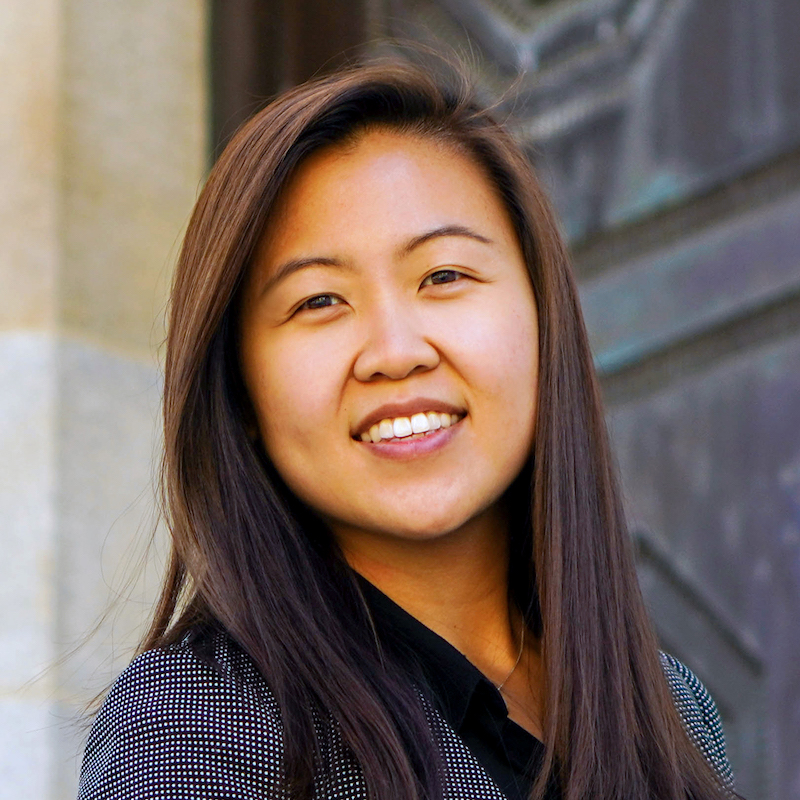 Michelle is an advocate for greater inclusion in both the engineering and legal professions and is drawn to the Bingham Cup’s legacy of using rugby and sports as a tool for social change. Michelle is a Queer, racialized, and cis-woman-identifying civil engineer, law student, engineering PhD student, and uninvited settler on Algonquin territory. At the University of Ottawa, Michelle is the President of the Common Law Student Society (AÉCLSS), Co-President of uOttawa OUTLaw 2SLGBTQ+ Law Students Association, and a member of the University Senate. Michelle serves in these roles with a view to empowering equity-seeking voices, prioritizing work that will result in greater inclusion, and bringing intersectional perspectives to organizational policymaking. Michelle is also an ONWiE mentor, a member of the Equity Advisory Group of the Law Society of Ontario, and a stakeholder with the Engineers Canada 30 by 30 Task Force, among other positions centring equity and inclusion. Michelle will leverage her extensive leadership and event planning experience in working with the Bingham Cup Ottawa 2022 team. Michelle is a bilingual Anglo-québécoise originally from Westmount (Montréal) and enjoys backcountry camping, hiking, web design, and photography. On a summer afternoon, you may find her paddling down the Ottawa River in her canoe! 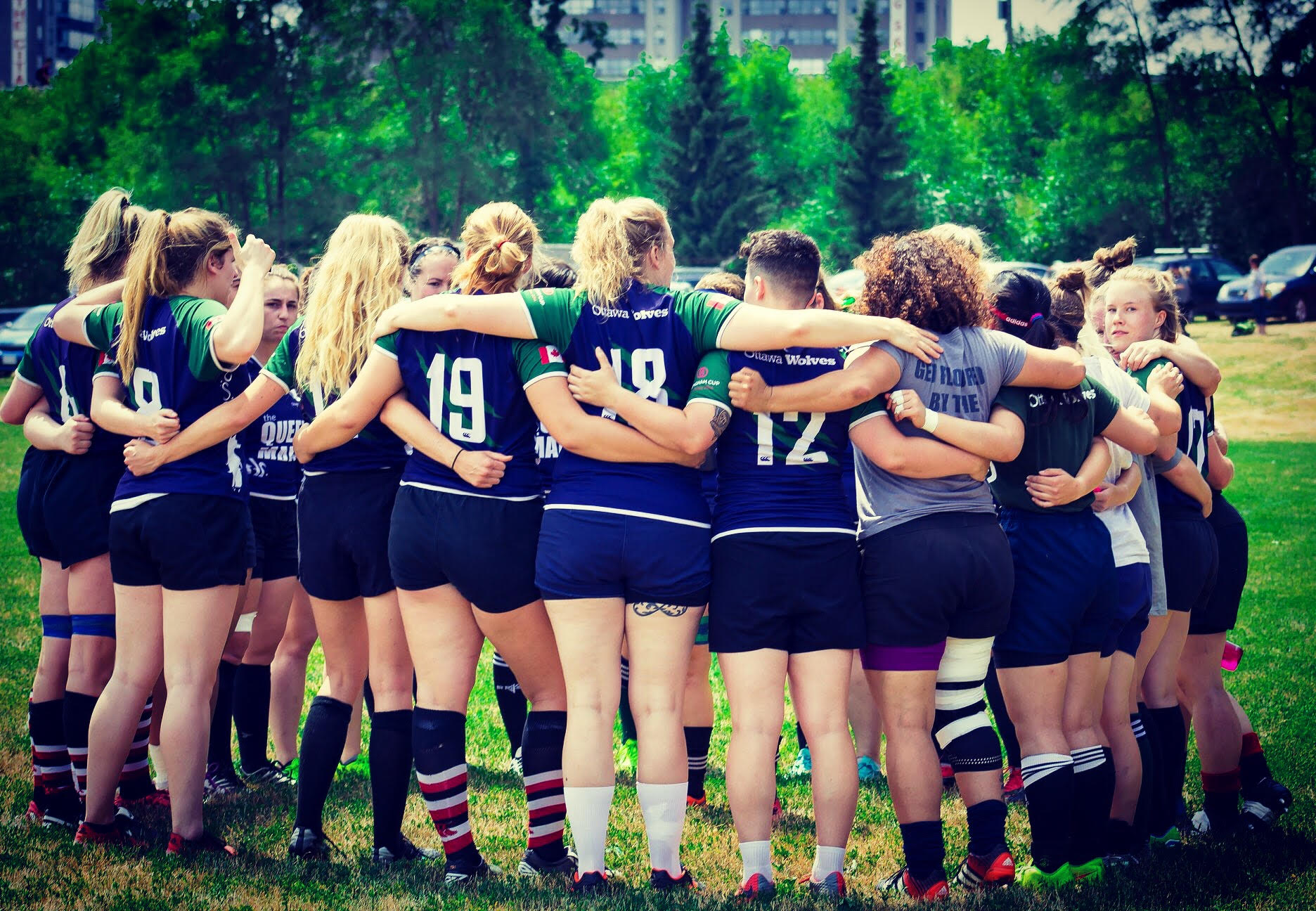 The Ottawa Wolves form a Rugby Football Club for men and women in Canada’s National Capital Region. The Club was founded by, among others, Carl Pilon and Jay Smidt in 2008 with the mission to promote and encourage participation in rugby among those who have traditionally been under-represented in the game. The team members are predominantly part of the LGBTQ+ community, but diverse in its make-up, and inclusive of everyone.

The club fielded its first side in the Eastern Ontario Rugby Union(EORU) Men’s Division II in 2009. That same year, the Wolves became a member of the International Gay Rugby.

The club traveled internationally in 2010, 2012, 2014, 2016 and 2018 to take part in the Bingham Cup. During the very first tournament, in Minneapolis, the Wolves competed in the Bingham Spoon division but ultimately lost in the final. Two years later, the Wolves claimed the Hoagland Tribute Cup Consolation Prize at Bingham Cup VI in Manchester England. In 2014, the team traveled across the entire world to Sydney Australia to reach the finals of the Hoagland Cup, and in 2016 claimed the Hoagland Jug with a victory over the Madison Minotaurs in Nashville. In June 2018, the Wolves men’s and women’s sides travelled to the Netherlands where they competed for the Challenger Cup and the newly introduced Amanda Cup. 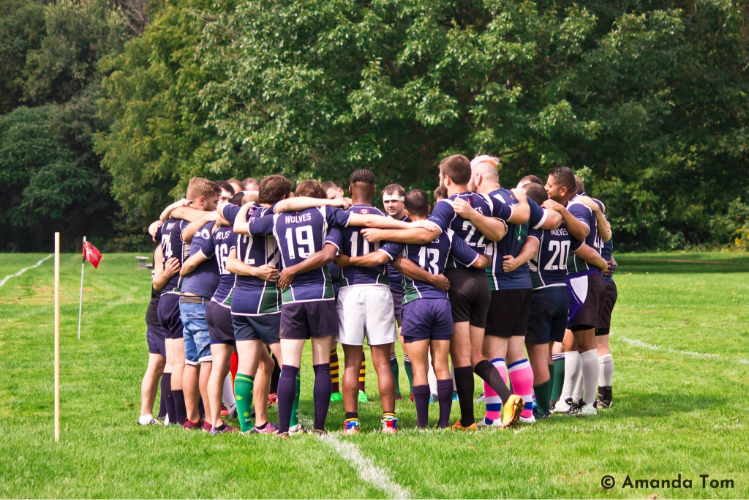 Bingham Cup 2022 strives to be a carbon neutral tournament through various green initiatives. To begin, all participants will receive an aluminum water bottle they can refill at nearby stations during the tournament, thereby eliminating the presence of single-use plastic bottles.

To help offset the carbon footprint of each participant, the Bingham Cup 2022 will purchase and plant trees across the province of Ontario. This will help reduce greenhouse gases for generation to come.

Finally, all transportation to the tournament site and other event venues will be via Ottawa’s new environmentally-friendly light rail transit system, or on foot, further reducing the tournament’s carbon footprint.

The Bingham Cup is a true celebration of what inclusive rugby is all about. The 2022edition of the tournament will ensure the values of Mark Bingham and IGR are celebrated, long after the tournament has left Ottawa, through its Legacy Initiative.

Bingham Cup Ottawa 2022 has partnered with the City of Ottawa and has plans for a capital improvement project to develop and upgrade a soccer pitch in the east end of the City, benefitting the whole of the local sporting community.  Funds permitting, a dedication ceremony is planned during the tournament to celebrate the commencement of this project and and officially naming the Mark Bingham Field at Ken Steele Park.
‍

Differently-abled athletes are not always at the forefront when organizing an amateur sporting event.  Bingham Cup Ottawa 2022 will be different.  For the first time ever in the history of the tournament, a Wheelchair Rugby (Murderball)exhibition match will be delivered at the University of Ottawa and players from the Rugby For All movement will be showcased through scrimmaging on the finals’ pitch in between games.  Furthermore, Bingham Cup Ottawa 2022 is currently exploring the possibility of an all Trans-Athletes rugby exhibition match on finals’ day.